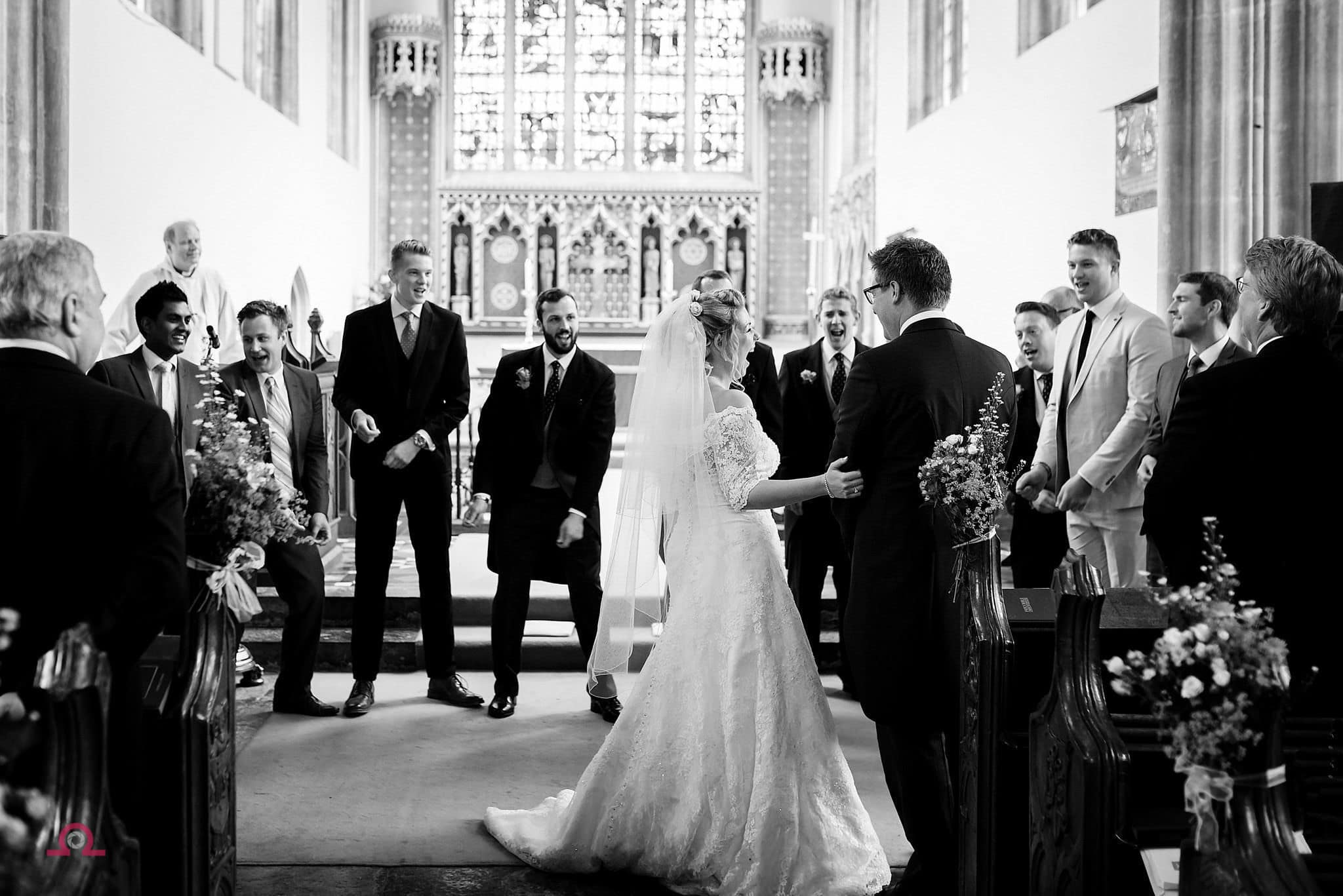 [vc_row][vc_column][vc_custom_heading text=”Flash Mob at North Cadbury Court Wedding” font_container=”tag:h1|text_align:center” use_theme_fonts=”yes”][vc_custom_heading text=”365 days of weddings | day 11″ font_container=”tag:h2|text_align:center” use_theme_fonts=”yes”][vc_empty_space][vc_column_text]One of my favourite moments of 2016 was when, at a North Cadbury Court wedding, I was treated to a flash mob in the church. Neither the bride or groom had any idea this was going to happen. First, the male friends left the pews and headed to the front of the church for the first verse which made people nervous until they started singing, then the female friends joined in from the back and walked to the front during the second verse, it was so well rehearsed. Andy Williams would have loved his song ‘I can’t take my eyes off of you’ being sung in such a way I’m sure. My hat came off to the groom when he decided to join in and sang it solo halfway through the song to his bride. A moment I’m sure she’ll never forget, neither will I, I can still hear it now.

The reaction to this is quite apparent on her face as you can see, this was so super secret that even I didn’t know. If I had there would have been video!  Looking back on my career as a wedding photographer having had shared moments like this with people makes me so grateful to have the job I do.[/vc_column_text][vc_empty_space][vc_single_image image=”7090″ img_size=”full” alignment=”center”][/vc_column][/vc_row] 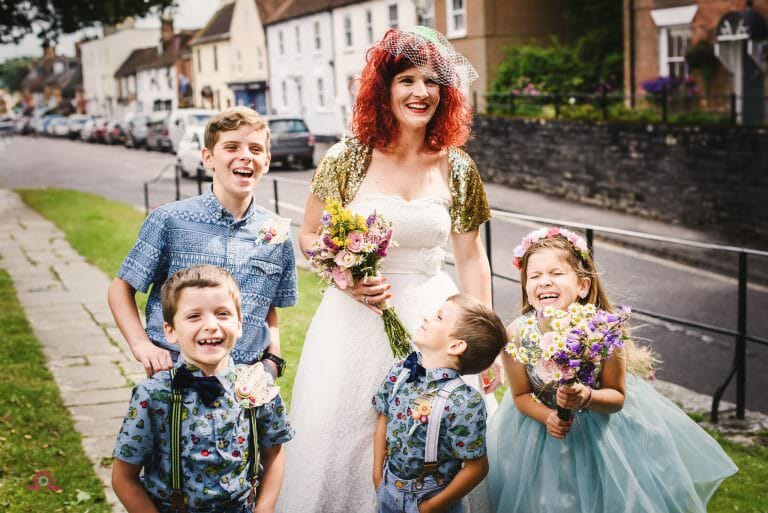 Sometimes the laughter in a photograph leaps forth and you can almost hear it. The flower girl in this image is so happy she could burst. Such a lovely and unique wedding in Wareham. 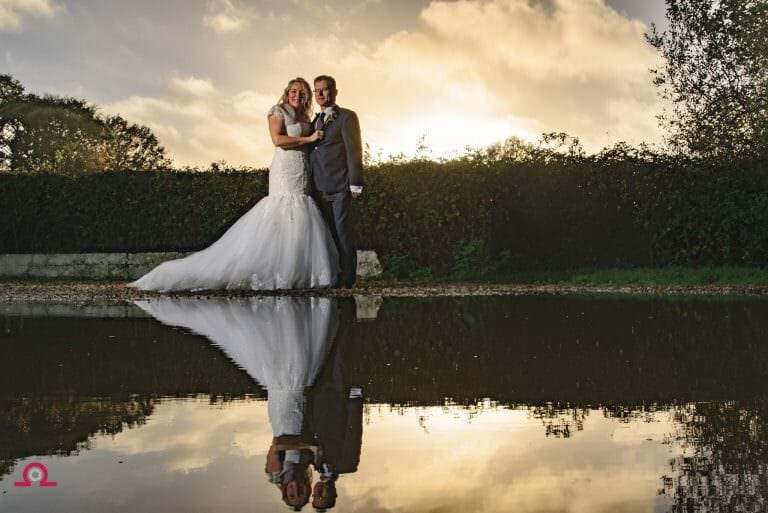 365 days of weddings | Day 21
When you have a downpour at your wedding you’ll find your wedding photographer looking for a different angle for creative shots. Here is a little behind the scenes look at how a puddle can turn into a lake. 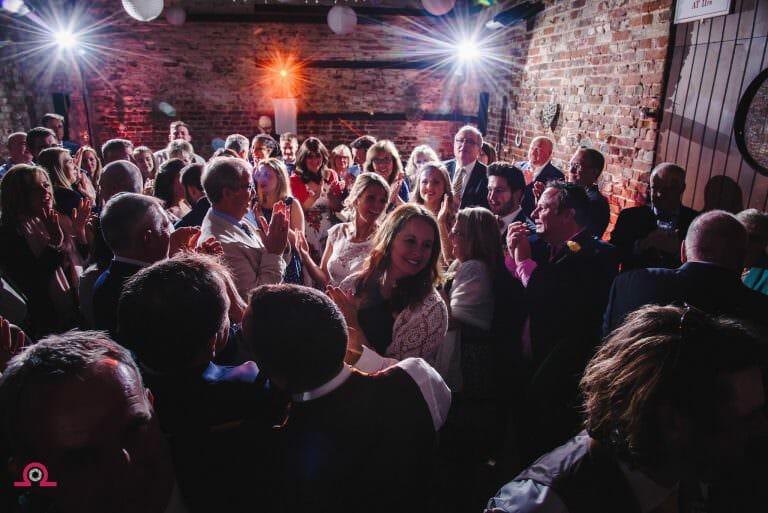 365 days of weddings | Day 17 Wedding photography like this in the New Forest Inn, The Three Tuns, is my favourite type of shot. So many different stories in one photograph, what stories can you see in this photograph 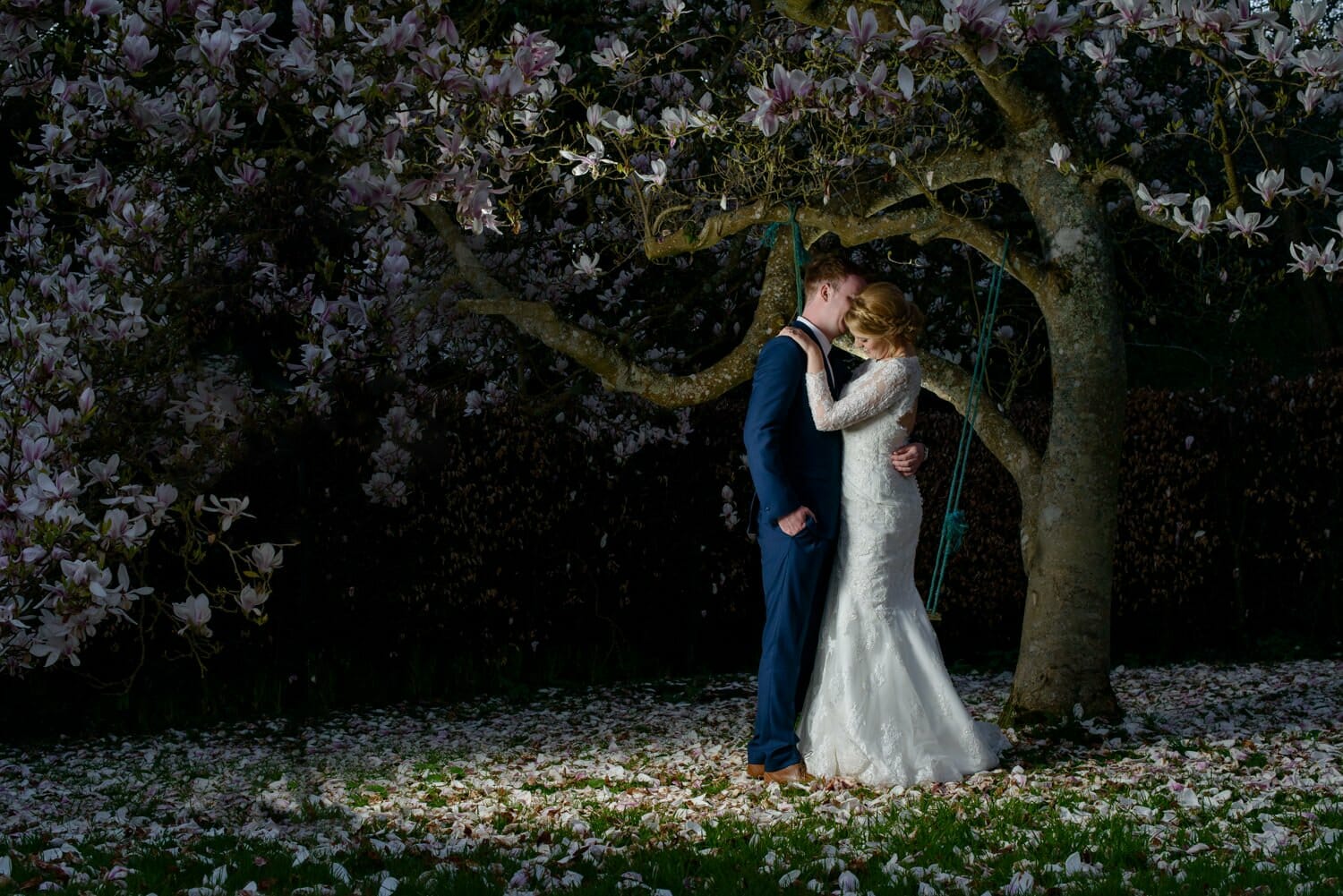 On the first anniversary of Lianne and Dales wedding at Brympton House in Somerset  I’m sat at my desk looking out of my window thinking of magnolia trees in the sunshine. That is exactly what… 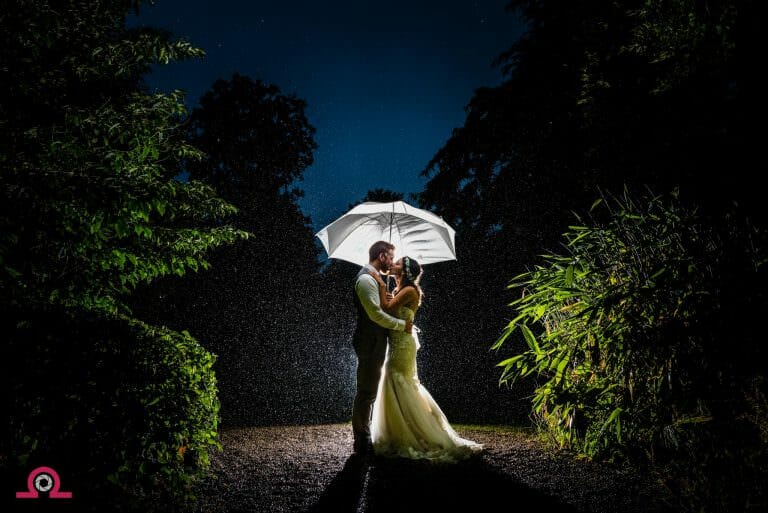 Weather, we love to talk about it. On the month of a wedding day, the weather report has holes burned in it from all the eyes tracking the forecast. As a British wedding photographer I need to be prepared, this is one of the shots I can achieve in a downpour. 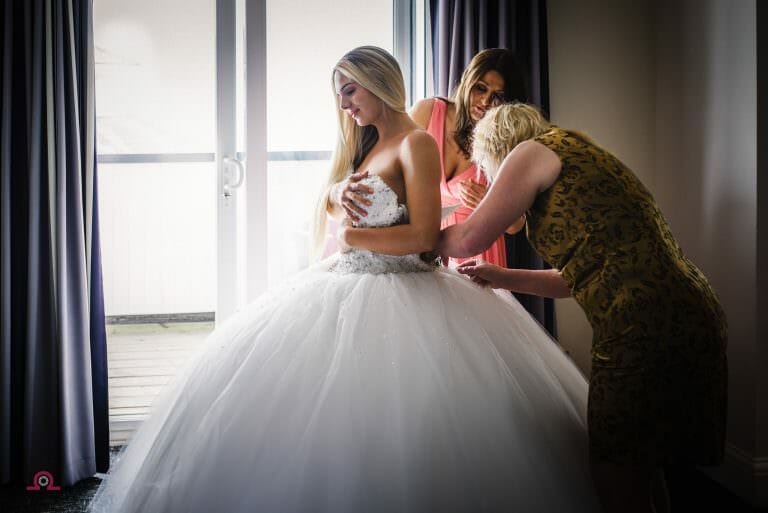 365 days of weddings | day 10. The wedding dress is the ultimate gift wrap for the new husbands exclusive present on his wedding day. Kady’s serene expression gives this moment a certain clarity in this photograph, it is difficult not to imagine what is going through her moment at this particular junction.